The blog Maldives Travel Guide Island Stories How did the Maldives Atolls and Islands form ?

How did the Maldives Atolls and Islands form ?

The Maldives formed millions of years ago on the top of sunken volcanoes. Scattered in the middle of the Indian Ocean, their formation is a wonder of nature. From hot rocks to perfect little gems, here is the story of the Maldives islands creation.

Called The Island Kingdom by Maldivians ( Dhivehi Raajjee ), the Maldives are one of the most extraordinary example of the long process it takes for Earth to offer the amazing places we can witness today.

Located in the heart of the Indian Ocean, at the South of India and West of Sri Lanka, the Maldives owe their beauty to their unique geography and long geological formation.

All 823 km ( 512 miles ) of the Maldivian archipelago is exclusively composed of Atolls, about 26 in total, protecting in their hearts some marvelous 1200 small and perfectly drawn tropical islands and thousands of kilometers of coral reefs.

Maldives Atolls formed at the the top of sunken volcanoes

The Maldives Islands were formed during hundreds of thousands of years on the sinking remains of a chain of volcanoes that was existing in the Indian Ocean.

On this Indian Ocean floor map, we can easily see the region many ridges and underwater seamounts.

The Indian Ocean is full of volcanoes now sunken or still active.
The region counts more than 20 volcanoes above the sea level, active or extinct.
Many more are now sunken and their numbers is still unknown.
Several studies are still conducted in the region to map these once active and massive volcano chains.

This map of Earth shows the different topography of the Indian and Pacific Ocean floors.
Maldives are located right under India, slightly on its left. The archipelago clearly appears above a chain of sunken mountains called the Chagos-Laccadive Ridge.

The western part of the region still has several active volcanoes like in La Réunion ( Le Piton de la Fournaise ) and Mayotte ( made of 2 volcanic islands), both close to Madagascar.

On the eastern part, between the Indian Ocean and the Pacific Ocean, lies the Ring of Fire, where approximately 75 percent of the world’s active volcanoes still erupt.

The Chagos-Laccadive Ridge is the result of a massive eruption over western India during the Late Cretaceous.
Subsequent volcanism on the Indian plate is thought to have led to the formation of the Laccadive Ridge, Maldives Ridge and Chagos Bank further south. The presence of magmatic underplating beneath the entire hotspot track has been revealed by various studies.

Maldives Atolls have formed themselves at the tip of these sunken volcanoes created 60–45 million years ago.
Fortunately there is no more volcanic activity in the Maldives area. The region is considered aseismic.

The Maldives tsunami which occured back in 2004 originated from the massive Banda Aceh earthquake in Indonesia. The wave crossed the entire Indian Ocean up until the eastern coasts of Africa.

However, that does not mean that activity is totally shut down on the plateau where Maldives stand. An unusual, isolated swarm of earthquakes occurred on the southern part of the Chagos‐Laccadive Ridge between 1965 and 1970. Considered extinct, these sunken volcanoes are constantly studied.

Maldives Atolls. How do they Form ?

The Maldives archipelago is made of 26 natural atolls where an estimated 1200 islands appeared along several thousands of years.

Atolls are rings of coral that create protected lagoons.
Atolls usually form when islands surrounded by fringing reefs sink into the sea or the sea level rises around them (these islands are often the tops of underwater volcanoes).

The fringing reefs continue to grow and eventually form circles with lagoons inside. Sand and coral debris slowly accumulate on the volcano outer ridges and islands form.

Maldives Islands. How do they form ?

The Maldives islands form first around the atoll edges and then inside their lagoon with the currents.

The islands are entirely of coralline origins, this is why their sand is so white and fine.

New land masses appear according to sea currents and form first the extraordinary sandbanks we all love.

Some new landmass will stay, get bigger and become islands.
Others will disappear if their sand or coral is moved away.

Eventually, if the weather gets very rough, big coral debris will accumulate and form rockbanks like recently in Gan Atoll with the birth of a new island spotted by locals.

It is impossible to exactly count the number of sandbanks in Maldives as some disappear and new ones emerge.

The Maldives will always change. New islands will born, other will vanish and eventually come back along the monsoons.

Will the Maldives disappear one day ?

If Maldives will disappear one day is another story. As sea level quickly continues to rise, coral reefs might not grow fast enough to keep Maldives and other coral islands around the world elevated enough to remain…

But one thing for sure, with the new trend of developing artificial islands, the Island Kingdom will keep on being the largest nation of Islands on Earth for a while.

The Maldives are very fragile.
Respect them when you visit their islands.

The Story of the formation of Maldives Atolls and Islands illustrated 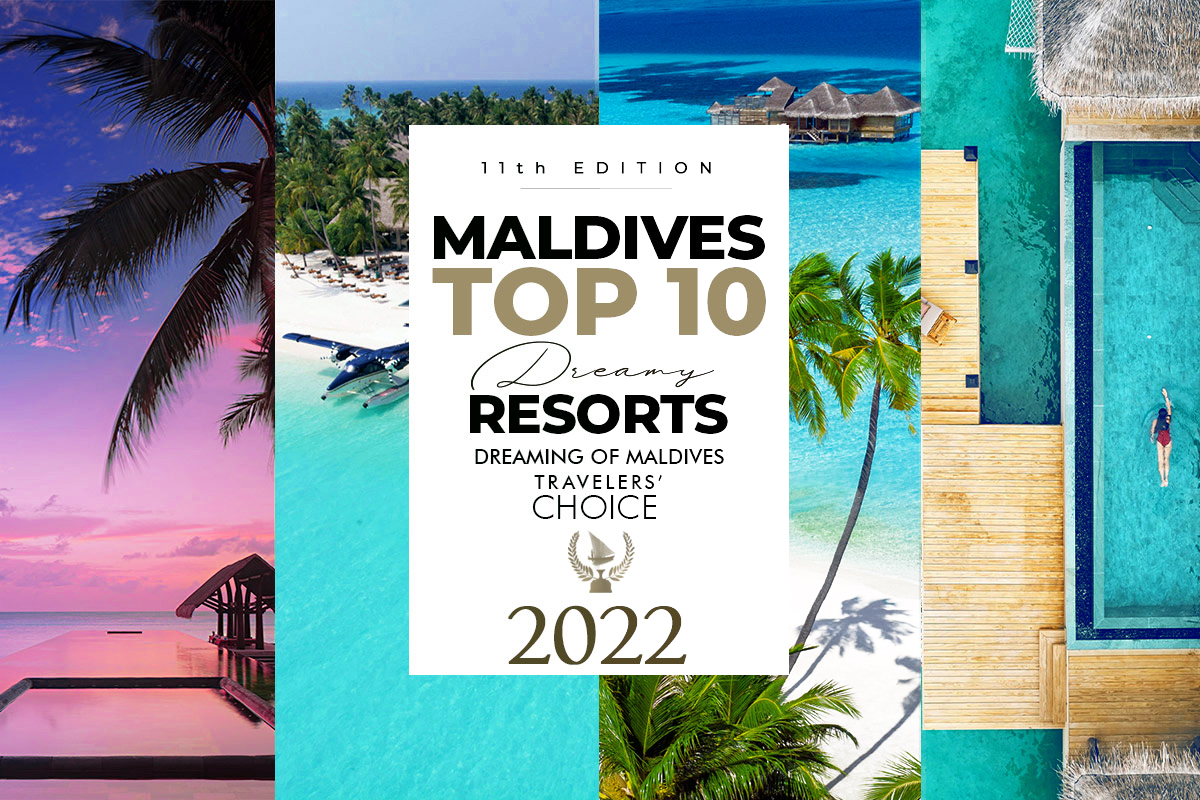